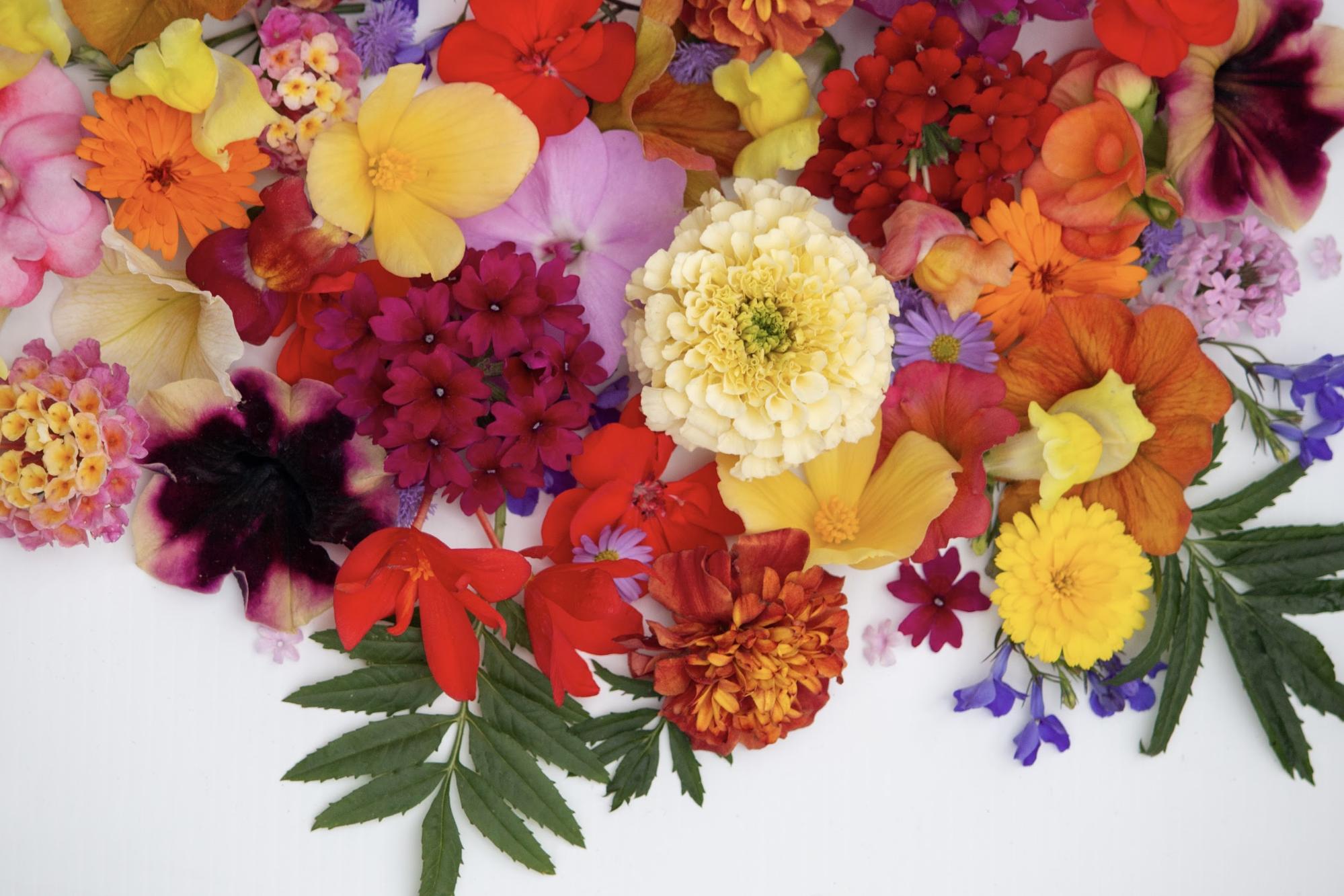 For many people spring means a trip to the greenhouse to pick out a hanging basket or planter full of colorful blooms to enjoy all summer. Before you know it, the planters aren’t as colorful as the day you bought it…what happened? 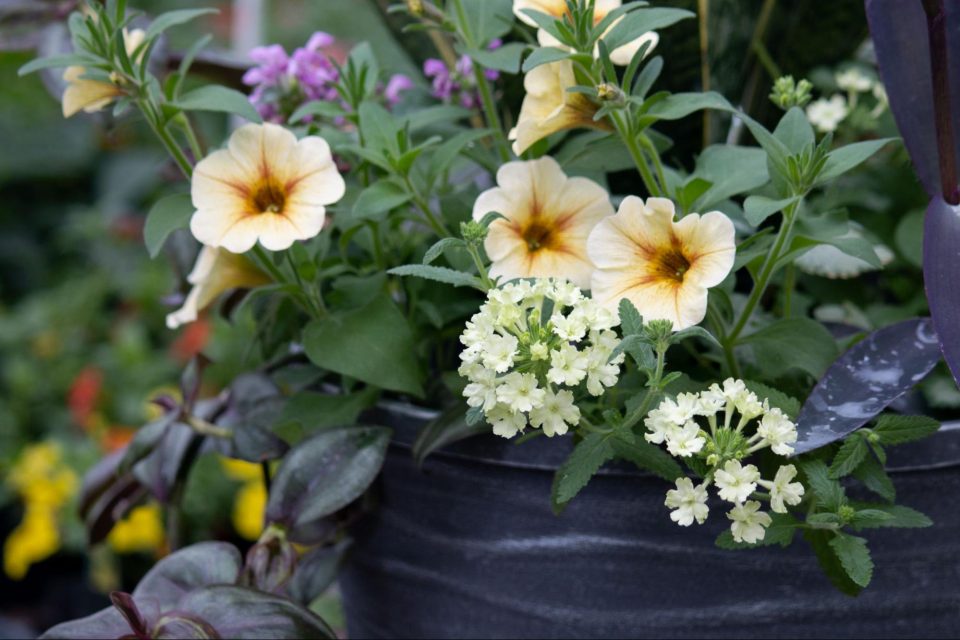 First of all, it’s important to know just because your planter isn’t as full and colorful, doesn’t mean you are necessarily killing it. A bloom only lasts so long and needs to be removed to initiate a new blossom. The removal of dead flowers is known as “deadheading”. To deadhead, simply pinch or cut the spent flower off so a new one can replace it. Be sure to cut far enough down to avoid a dry and unattractive stem sticking out above the leaves. As a general rule of thumb, cut back to about a ¼ inch above the nearest set of leaves; you may notice new growth already forming. 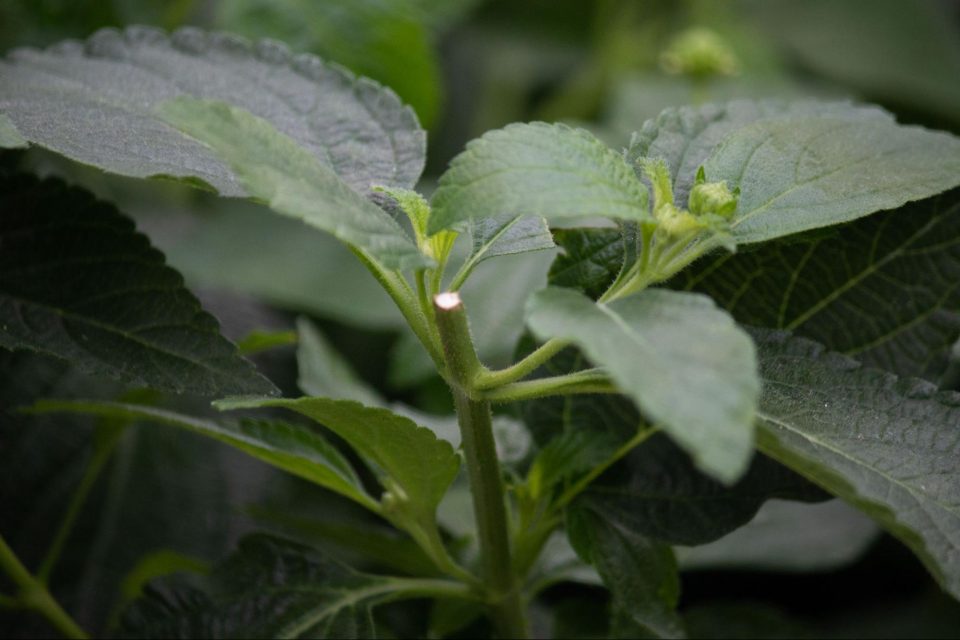 In addition to deadheading, it is vital to fertilize one to two times a month to keep the planters vigorous. When picking out a fertilizer, there are three numbers listed that indicate the levels of nitrogen, phosphorus and potassium (NPK) shown as 10-52-10 for example.

The first number represents nitrogen (N), the nutrient largely needed for leaf development. Phosphorus (P) is represented by the middle number, which is important for root growth as well as flower and fruit development. Lastly, potassium (K) is indicated by the third number. Potassium is a nutrient that helps with overall plant function. 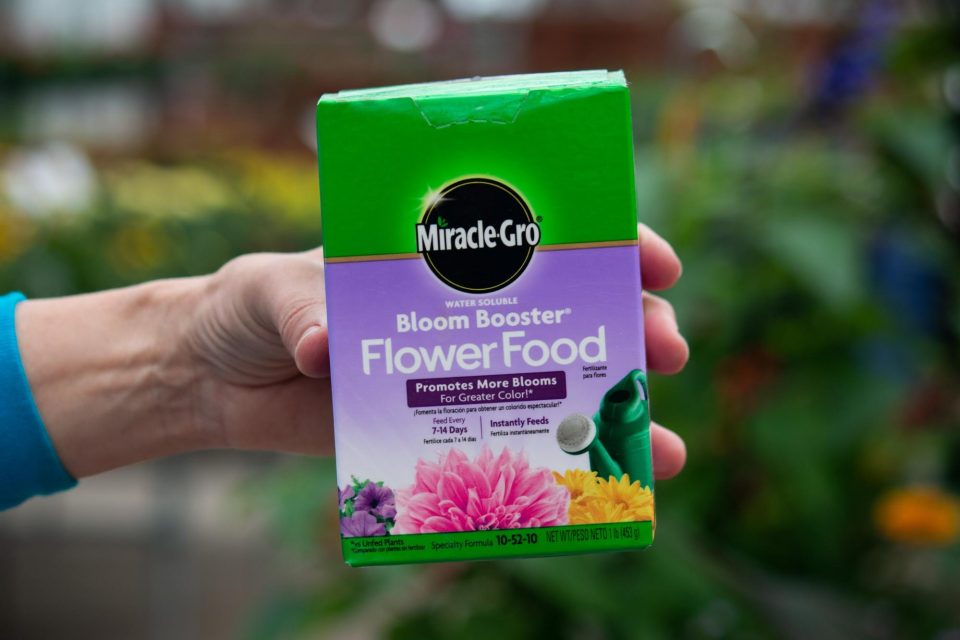 Fertilizers that are mixed with water are faster acting and promote blooms quicker than a slow release fertilizer that will slowly feed throughout the season. For planters and hanging baskets, we recommend a fertilizer that is higher in phosphorus to promote blooming such as Miracle Gro Bloom Booster. If you already have a general use fertilizer, that should suffice. Slow release fertilizers, such as osmocote, are a great option for planters that won’t receive much attention. 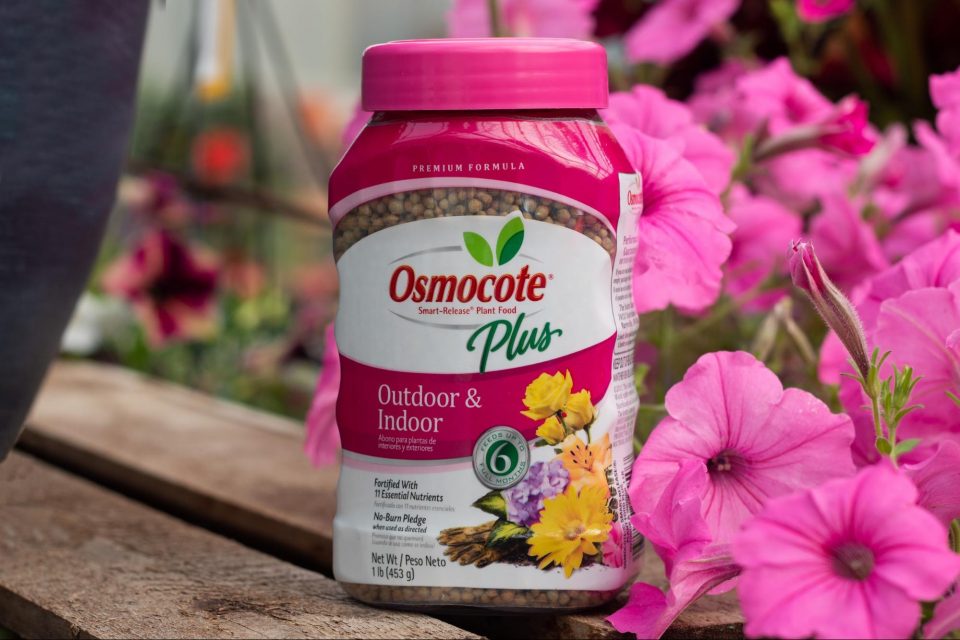 Following these two simple tricks will keep your flowers blooming well into the fall. 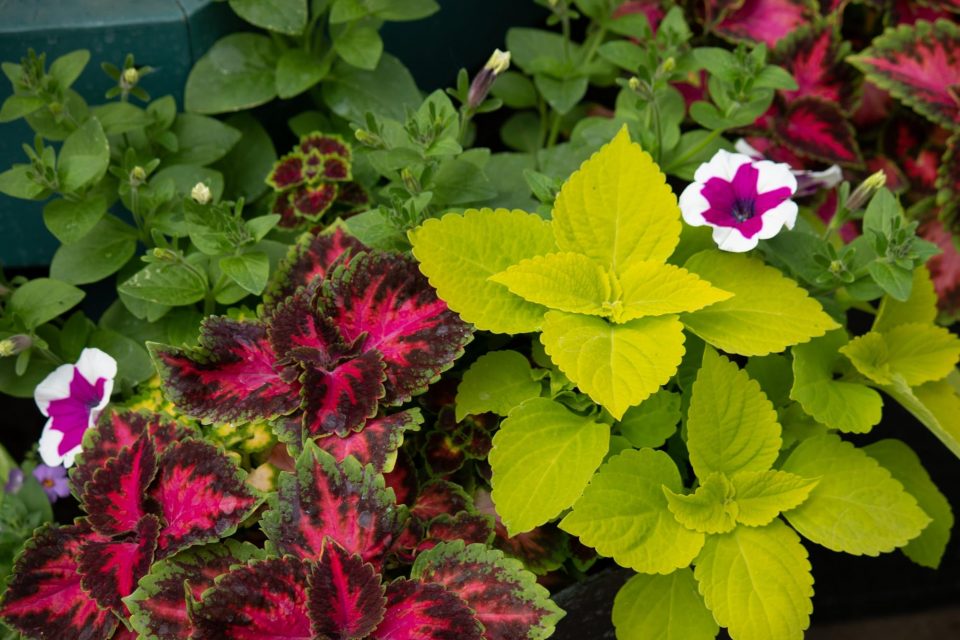 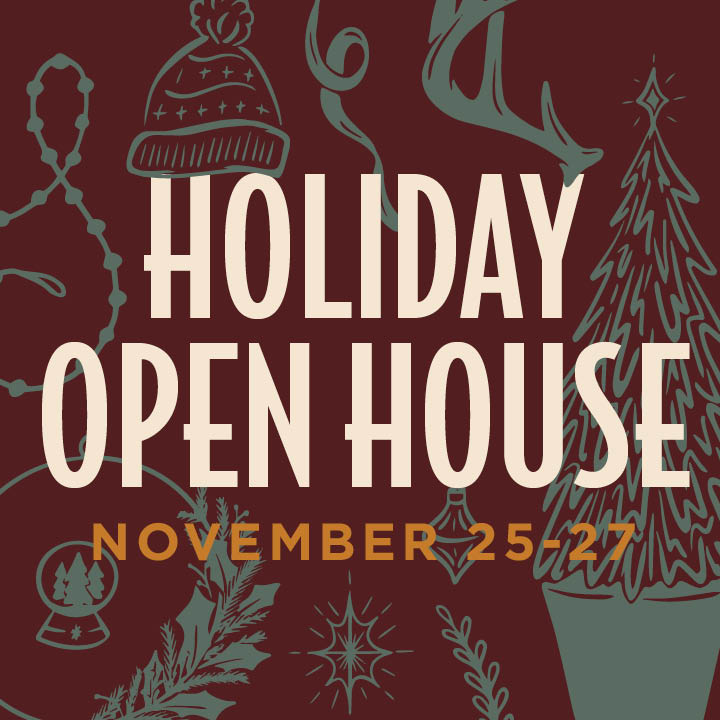 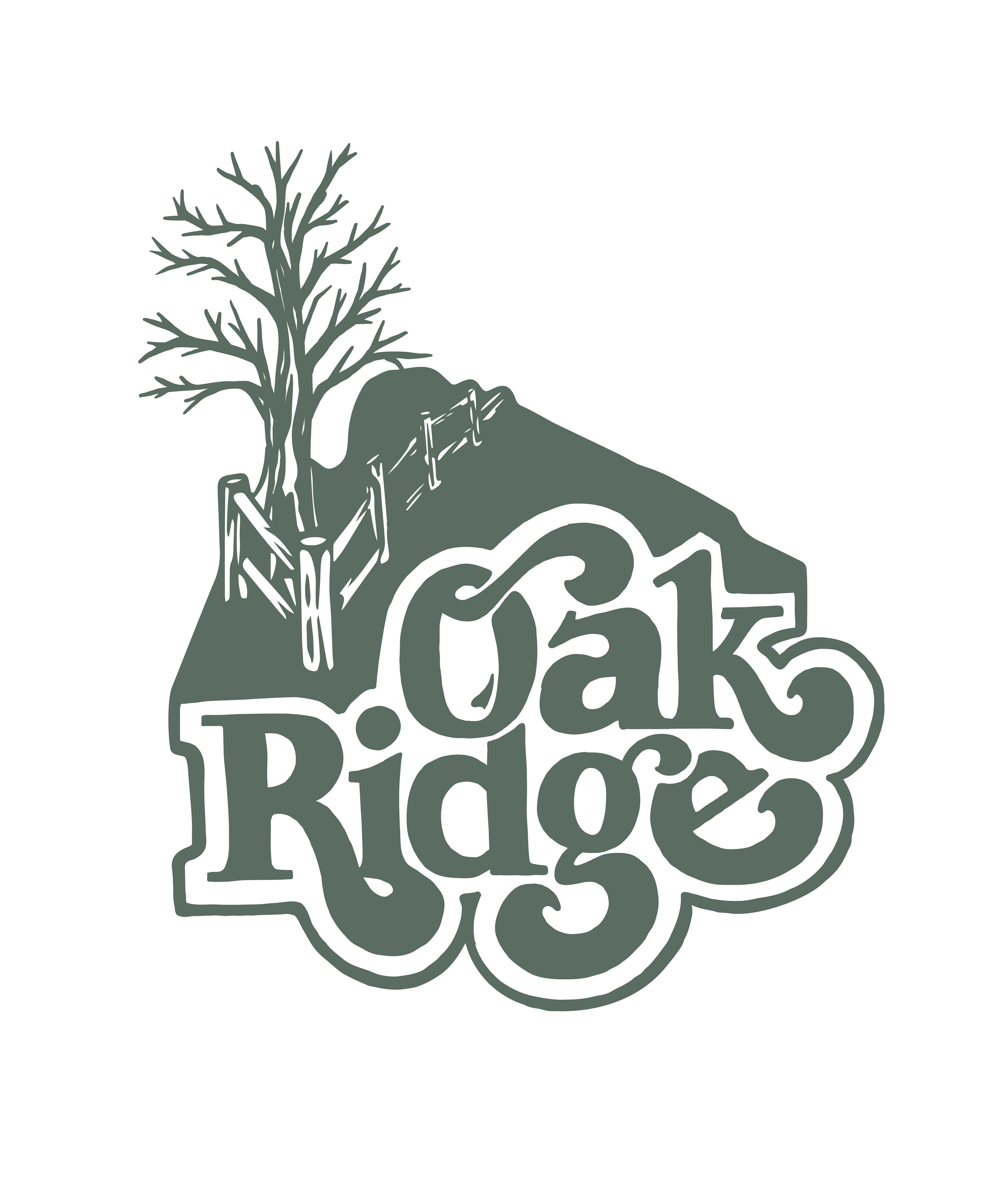 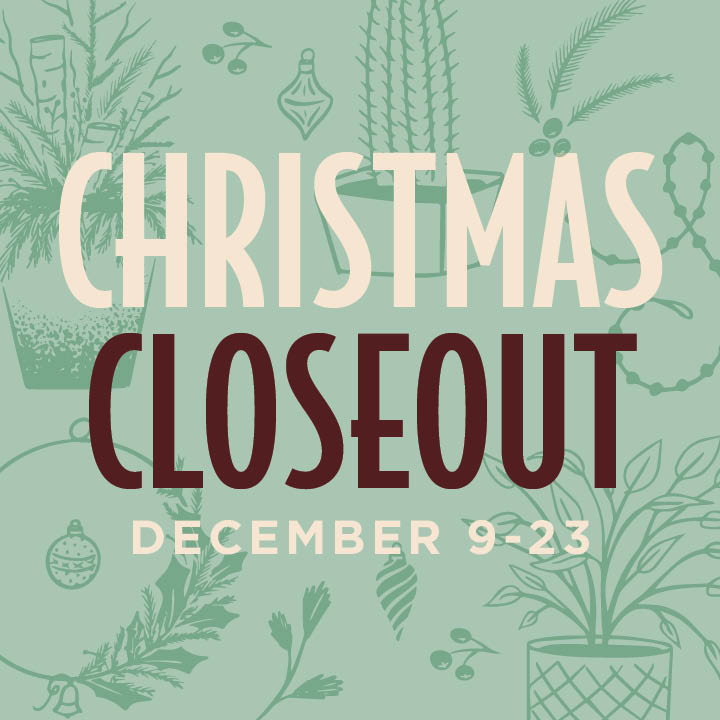